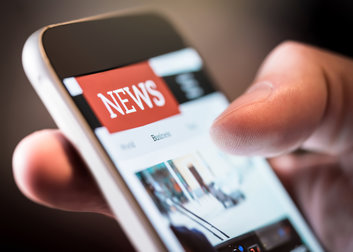 Media coverage is an important way to raise awareness about Electrosoft and its employees – and the distinct value we bring to the federal government and our community. Whether publishing a thought leadership piece, grabbing a headline with a contract win or personnel move, or offering an expert opinion, “In The News” appearances indicate we are a company on the move with a voice people want to hear.