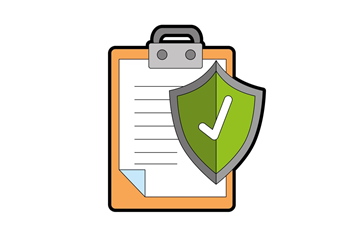 Common controls serve a very important purpose within the realm of information security compliance and operations. However, with the rapid proliferation of cloud-based information systems, there needs to be further clarity in the nomenclature as well as improved guidance regarding inheritance of common controls implemented within an organization versus controls implemented by an external entity such as a cloud service provider (CSP).

National Institute of Standards and Technology (NIST) Special Publication (SP) 800-53, Rev 4 defines common control as “a security control that is inheritable by one or more organizational information systems” and the revised Office of Management and Budget (OMB) Circular A-130 defines common control as a “security or privacy control that is inherited by multiple information systems or programs.”

However, modern day information systems are much more complex. Many agencies are rapidly transitioning their existing information systems to leverage cloud services in the form of Infrastructure as a Service (IaaS), Platform as a Service (PaaS) or Software as a Services (SaaS). These cloud services are provisioned by CSPs external to the agency. Controls that are typically good candidates for allocation as common controls within an organization are often poor candidates for allocation as common controls when implemented by an external entity such as a CSP. Consider controls that implement security policies and procedures, physical security controls and training. When these controls are implemented by a CSP, it may not be appropriate to consider these controls as common controls that can be inherited by the agency information system using the cloud service.

While the above logic may appear obvious to security experts, we need to remember that for a typical federal information system categorized at the MODERATE impact level (per Federal Information Processing Standard 199), over 250 controls and control enhancements need to be selected and specified in accordance with NIST SP 800-53. While this is a daunting exercise for system owners in general, it can be made easier when an agency has identified and authorized common controls that can be inherited by other information systems within that agency.

The FedRAMP body of guidance and templates seek to facilitate the authorization of CSPs to promote agency use of secure cloud services. There is little guidance for system owners that are trying to determine which controls implemented within the authorization boundary for the CSP can be inherited by the agency information system that is leveraging that CSP.