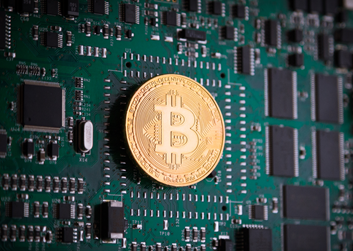 Bitcoin-the-token is the newest form of cryptocurrency, or electronic cash, taking the market by storm. Bitcoin-the-protocol is a decentralized digital currency that can be sent from user to user on the peer-to-peer bitcoin network. The token and protocol both use the term bitcoin interchangeably.

Bitcoin’s exact origins are unknown. The theory was first presented in a white paper, "Bitcoin: A Peer-to- Peer Electronic Cash System,” authored under the penname Satoshi Nakamoto and shared via a cryptography mailing list. Months later, Nakamoto mined the first block of the chain, the genesis block, and the bitcoin network came into being.

Using cryptography, network transactions are verified by nodes and recorded in a publicly distributed ledger called a block chain. Each block in the chain contains a hash of the previous block, up to the genesis block of the chain.

Bitcoin-the-protocol allows payments to be sent between users without passing through a central authority, such as a bank or payment gateway. Instead, it is created and held electronically in user networks. Computers around the world produce bitcoin-the-token using free, open source software. Bitcoin-the-protocol does not allow refunds or retractions once parties agree on an exchange.

Notably, bitcoin-the-protocol is being investigated. It is possible that traders are manipulating the price of bitcoin and other digital currencies as well as using bitcoin-the-token for criminal enterprises. Bitcoin-the-token cannot be exchanged for anything tangible.